Oliver's staff of cycling professionals has over 60 years of combined experience. Some of the staff prefer to ride off-road, some prefer staying on the road and we all love just a casual ride through the neighborhood with family and friends. This is where it all begins. We will always try our best to explain things without jargon and in a way that's approachable -- we're tech savvy but not tech heavy when it comes to talking about the benefits of our bikes. Please don't hesitate to ask us whatever questions you can come up with -- we love helping people get the most from their cycling experience.

First mountain bike came in college up in Gainesville and then he was hooked. After riding his bike all over the mountains of Kansai in Japan he returned to the US. A few years learning the business with Carrollwood Bicycle Emporium and then he took the helm at Oliver's in 2005 and the rest is, as they say, history. Loves bike fitting and talking to customers!  Proud father and husband. Lover of Trek Travel cycling trips. 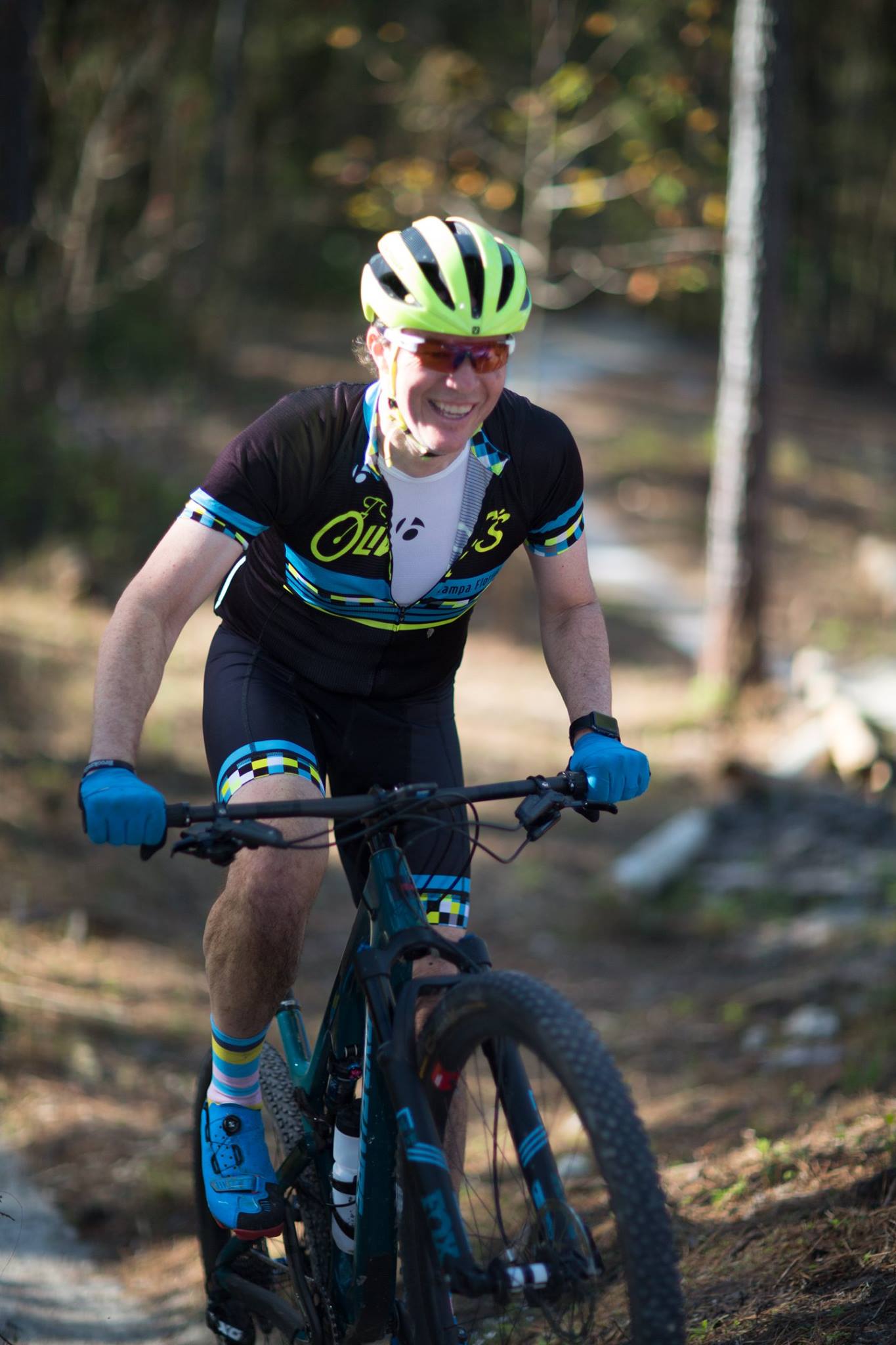 Bruce started cycling in 1989 when a friend gave him his first road bike and immediately entered him in the Coors Light Duathlon the very next weekend.  After a very boring stint in the mortgage biz, he pursued bikes full time.  Now as a bike industry veteran he has spent the last 20 years in manufacturing, wholesale distribution and of course retail. Bruce occasionally competes in triathlons, but is usually out on his road bike or in the woods on his MTB. All-around good guy. 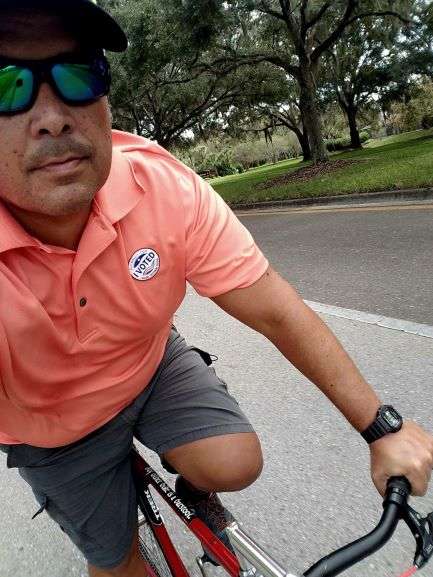 The title on Sarah's business card used to say "The Girl." In a male dominated industry Sarah more than holds her own as an expert mechanic. Trek and Fox Certified and equally at home on the road or the mountain, Sarah is making cycling her career. She loves coffee and is always game for a fun ride with friends and family. Catch her at Critical Mass or at one of her Sunday morning rides from the shop. She has a giant "bubba keg" of water on her work bench. Randy is her brother. Her dog is Lucy. 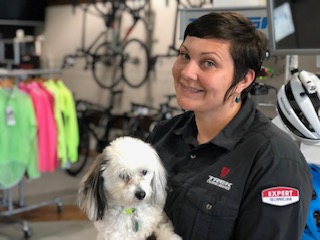 Sticker bike with light up wheels and baskets, used to be recognizable as a Trek Verve

Jonathan's passion for bikes started at young age with his first BMX bike. As he grew he fueled his passion for bikes by learning as many flatland tricks as he could. When he joined Oliver's he immediately realized that other styles of bikes were pretty darn cool, too. Good with his hands, you'll often find him with his hands on a bike or under the hood of a car. Jonathan is younger than you think and he's a bit of a bike whisperer. Say hi to him. 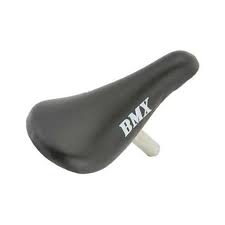 2010 Verde Frame (slacker geometry than all the new stuff) built up with a mishmash of parts, no brakes of course.

You might remember Matt.  He worked here before he didn't work here and now after a stint in the social work world, he's back and we're glad to have him.  A passionate music lover and musician Matt rides bikes for a reason.  Claims to be a tennis player as well but I haven't seen it.  Can't always be relied upon to show up for early bike rides but just might surprise you sometime.  Will respect your bike. 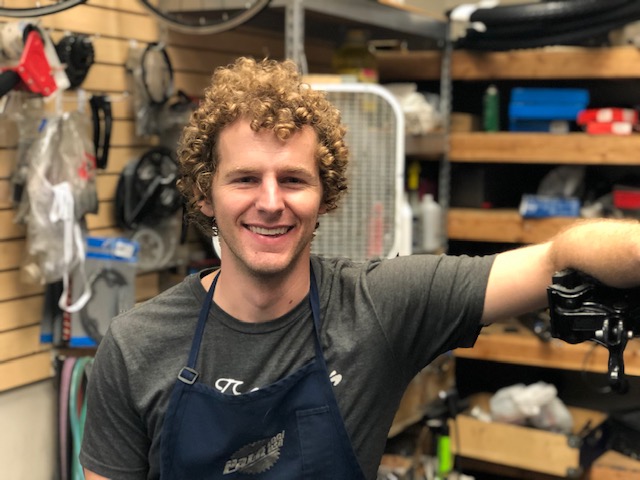 After a successful career in the scuba industry, Gary joined Oliver's as bike builder. Exceptionally good with his hands and all things mechanical, he is our go-to guy when your bike needs assembled. And, if you want to know anything about wine, Gary is your man. With a personal wine collection fit for a king, Gary can talk to you for hours about exactly what wine is best with any given meal.  Truly the kind of guy who never met a stranger. Find Captain Gary at Stonewood most Saturday nights or even on a golf course near you. 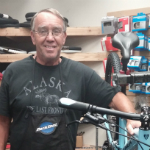 Our newest edition here at the shop is the one and only Oliver the dog! He enjoys chewing, napping and making new friends (look out for that long nose!). This lab mix has at one moment the energy of a Cat. 1 sprinter and the next of a Cat-napper! 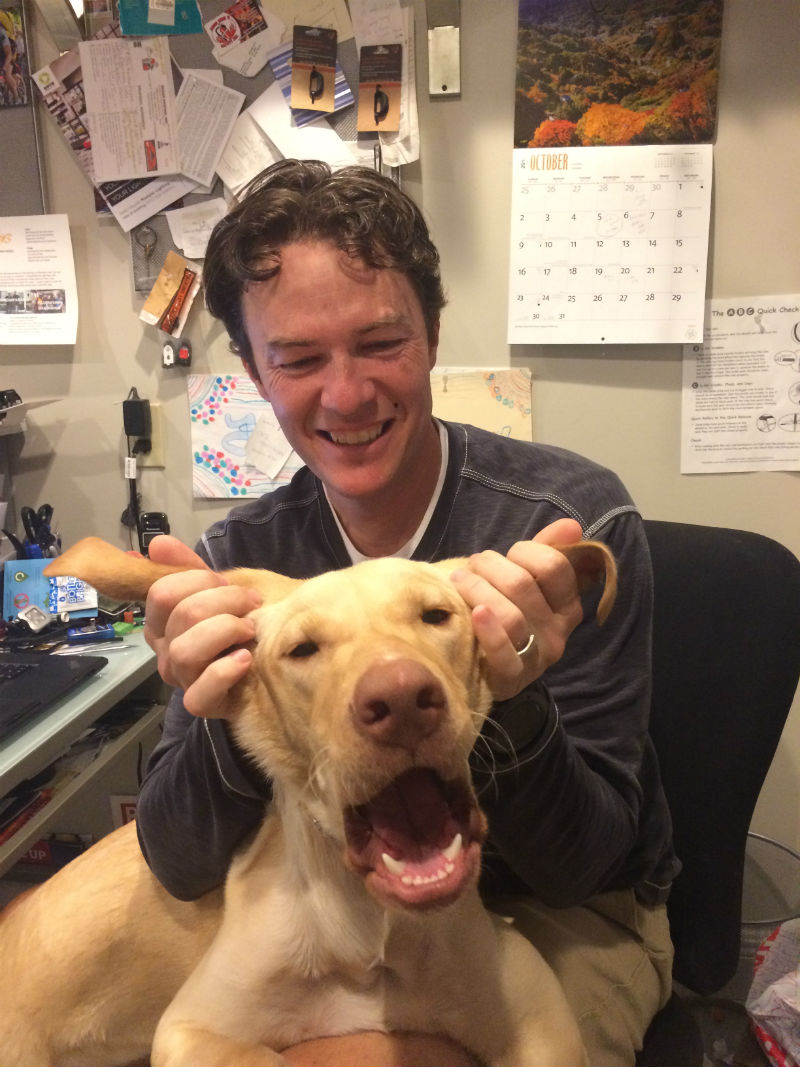